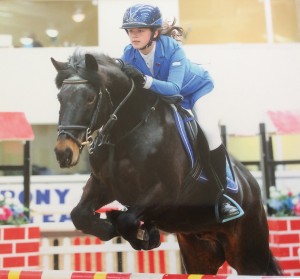 ***Equitility Showjumping League 20th December***
Congratulations to the winners of our 20th December show; Lulu Jenkins and Domingo who won the 65cm class, Lee Cook and Grace who won the 75cm class, Riley Hayward and Paddy IX who won the 80cm class and Chloe Richardson and Coolrue Lad who won both the 85cm and 95cm classes! Fantastic results everyone!
It was great to see a couple of our Equitility League Champions and Reserve Champions back out fighting for that top spot again. Lulu Jenkins and Domingo were our 2015 Reserve Champions and Riley Hayward and Paddy IX were our 2013 Champions. Well done!
Photo curtesy of SBM Photographic.